Why do we sabotage our nails with bad habits 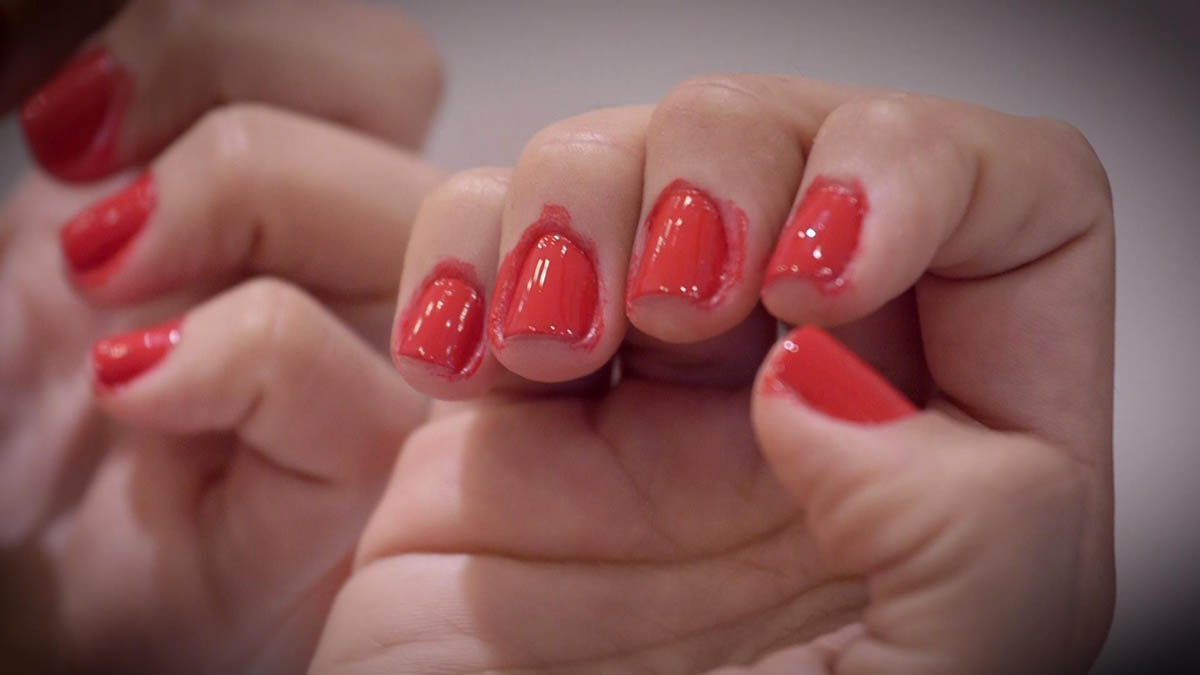 10 awful habits that are destroying your nails, and how to break them now

We dote on our nails, picking out the perfect polish color and spending a pretty penny to keep them looking beautiful. So why do we also sabotage their looks (and health) with bad habits?

We turned to two of the top nail experts in the beauty industry, Katie Jane Hughes, global color ambassador for Butter London, and Jin Soon Choi, celebrity manicurist and founder of JINsoon Nail Polish, to get their take on the poor practices that lead to less-than-pretty hands.

Kids and teens aren’t the only ones who struggle with onychophagia — also known as habitual nail biting. Plenty of well-groomed grown-ups are susceptible. Biting obviously makes hands unsightly in the short run, but it can also have longer-term effects, reveals Choi: “If you bite your nails, over time they will be become deformed with bumps and ridges.” Plus, it’s unsanitary. “There’s dirt under your nails,” explains Hughes. “So by biting your nails, you’re effectively eating the dirt” and the bacteria that comes with it.

2. The bad habit: Picking at your polish

Unless you’re wearing a peel-off polish marketed to ‘tweens, peeling and picking at your past-its-prime manicure is a big no-no. “A lot of people start picking when their polish starts chipping instead of removing it with nail polish remover,” says Choi. “This habit can remove the actual top layer of your nail bed, which sets the stage for weakened nails.”

3. The bad habit: Attacking your cuticles

Poor, unwanted cuticles. So many of us pick at them, gnaw at them, cut them and otherwise disrespect their sovereignty. “Cuticles should be left alone because the more you pick at them, the harder it is to stop,” says Hughes. “The habit leaves your cuticles looking ragged and dry,” says Choi, and also leaves you vulnerable to infection. Equally ominous: Recent reports suggesting that damage to cuticle beds causes ridging over time.

Although gels last for a long time, taking them off can be murder on your nails. “The thing I like least about gel manicures is the removal process,” explains Hughes. “Removing gels weakens the nail bed as it’s most sensitive when wet. The manicurist will most likely scrub at your nail with a metal tool to remove the gel polish, which can damage the nail bed very easily. Also, the UV light used for gels is not healthy for your nails.” Choi agrees: “Removing gel polish also requires the use of acetone nail polish remover, keeping it on nails for about 15 minutes, which is an additional source of nail dehydration. It can make the nail brittle and prone to deterioration and breakage.”

“This has nearly the same effect as using gel: it’s going to dry out your nails,” advises Choi. “When you remove nail polish that’s been left on too long, you’ll often see white spots, which means your nails are too dry.”

6. The bad habit: Living on coffee and cocktails

If eyes are the windows to the soul, then nails just might be windows to your refrigerator. “Your nails are a barometer of your health,” says Choi. “Eating junk food causes such things as ridges and thin, weak nails.” Adds Hughes: “The better your diet, the better your nails, skin and hair.”

7. The bad habit: Using your nails as tools

Peeling off labels, scraping off gunk, unfastening a key ring … “We’ve all been there,” says Hughes, but she notes that these actions “can easily break your nails.”

Applying cleaning products with bare hands is a major mistake. “Nails swell in water, which leads to chipped nails and weakened nail beds,” cautions Hughes. “Washing detergent can really dry out every single part of your hands and reduce the life our your nail polish,” adds Choi.

“Our hands age the quickest because we tend to neglect them the most,” says Choi. This means wrinkles, crepiness and discoloration. “Eventually, you’ll get age spots,” cautions Hughes.

10. The bad habit: Going without lotion

Dry, cracked hands are never pretty … or healthy. “A nice manicure is pointless when your hands are dry,” Hughes advises. “You don’t want your hands like crocodile skin,” adds Choi. No, no we do not.